THE WAIT IS FINALLY OVER THE IDEAL NATIONAL CHAMPIONSHIP IS BACK… AND BIGGER THAN EVER! 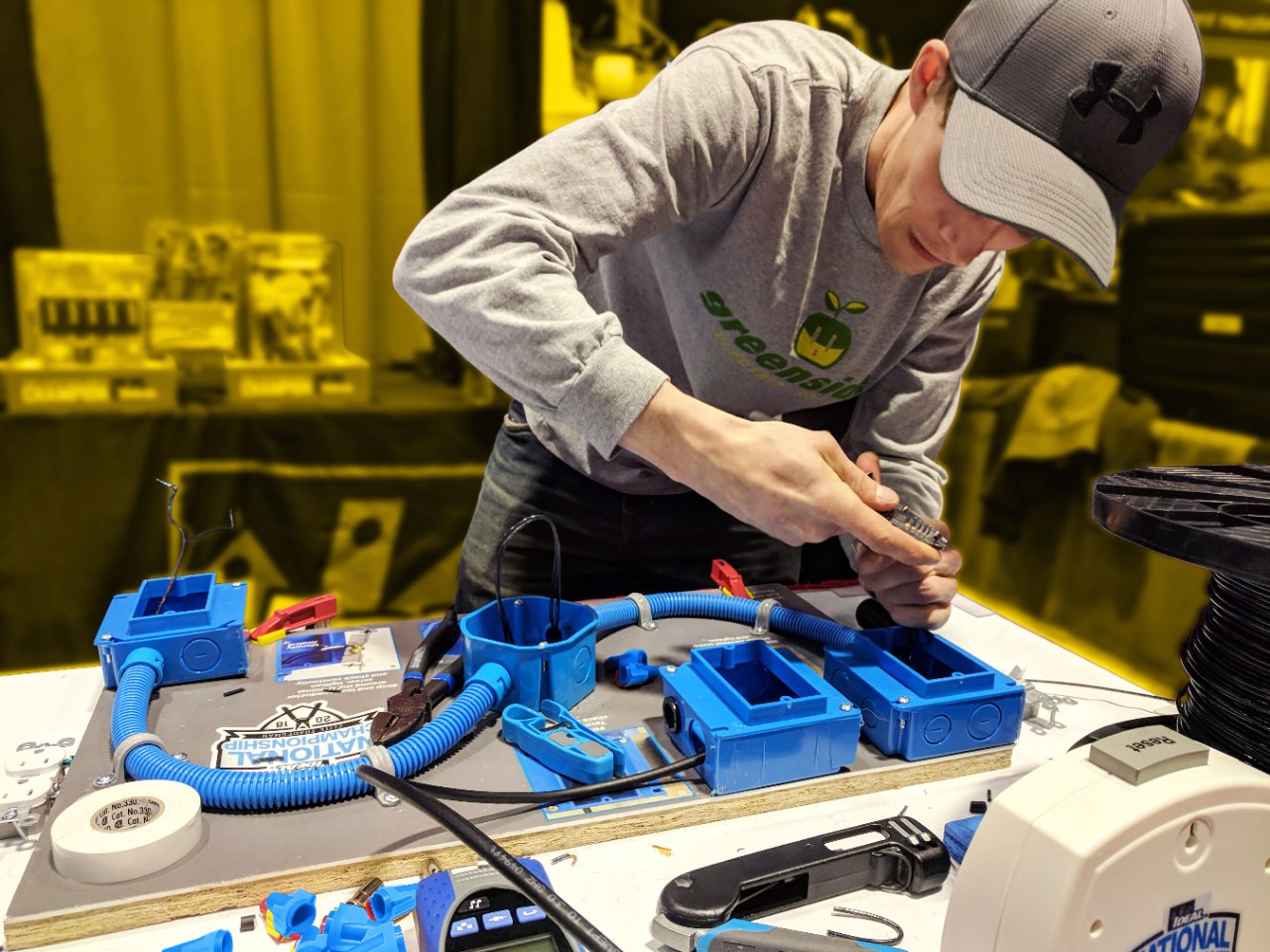 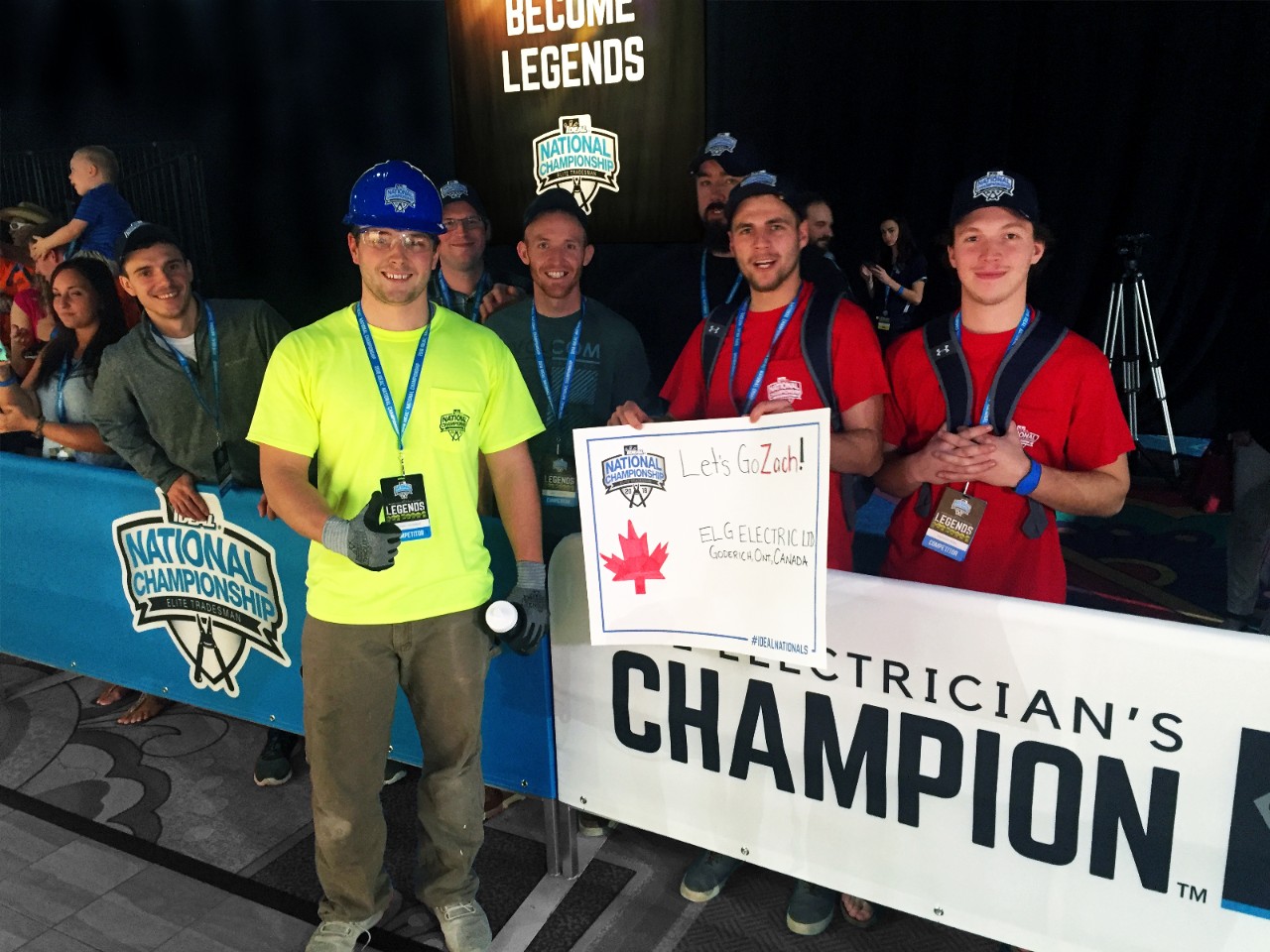 On October 18th, 2018, the “stop” button was pressed for the last time, the final competitors put down their tools, wound up their fish tapes, and congratulated each other on another great event.Then the waiting began.

Canada’s electricians and apprentices have endured four and a half long months of waiting. Waiting to experience the thrill that comes with successfully executing a “double-strip-double-bend-combo” … Waiting to enjoy the feeling of satisfaction on realizing that they have beat their own personal-best time… Waiting for another opportunity to show off their electrical skills competitively…

Thankfully, the wait is over.

THE IDEAL NATIONAL CHAMPIONSHIP IS BACK…And bigger than ever!

IDEAL Canada is excited to announce that the 2019 IDEAL National Championship qualifying round starts NOW and will run through October 4th. For Canada’s second year of ‘The Nationals’, IDEAL is cranking it up with more qualifiers, more events, and more prizes!

Last year, IDEAL sent nine electricians and apprentices, from two Canadian regions, to participate in the Championship Weekend in Orlando. There, they were treated like rock stars, while competing for the chance to win incredible cash prizes. In 2019, there will be even more opportunities to qualify - Canada will be divided into four official regions, and IDEAL will be sending 18 challengers to Orlando.

For anyone who doesn’t already know, The Nationals are an electrifying series of qualifying round matches that take place at distributor branches, schools, tradeshows, contractor locations and union halls across Canada. Competitors (electricians, electrical apprentices and students) are tasked with a seemingly simple wiring challenge, utilizing IDEAL tools and supplies, that they complete while racing against the clock. The competition culminates in the Championship Weekend where the winners from each region face off against their peers from across North America in a series of progressively more difficult electrical skills challenges. Ultimately, the most skilled electrician is crowned National Champion, a title that comes with accolades - and a payday of $75,000 USD.

Here’s a look at some of the changes and additions that the 2019 competition brings:

In 2019, Canada will be home to four regions, with a total of 10 regional qualifying spots up for grabs. These spots will be awarded to the individuals (in each region) with the fastest recorded times in their category – “Professional” or “Student/Apprentice”. Contenders can compete at as many events as they like, in an effort to put forth faster times.

Provinces: Ontario (from Marathon, ON east)
Qualifiers: 2 Pros and 2 Students/Apprentices

There will also be four Canadian wildcard qualifying spots available in 2019. These will be awarded to two Pros and two Students/Apprentices who have the fastest recorded times, outside of the Regional winners.

To make the team competition more accessible to electricians working for smaller companies, teams will now be made up of only two individuals (rather than three). Contractor Teams will be comprised of two professional electricians who work for the same contractor, and Student Teams will be two students or apprentices from the same school.

At the end of the qualifying round, the fastest overall Contractor Team and School Team in Canada (from all regions combined) will advance to Orlando. IDEAL has also increased the prize allotments at the Championship Weekend to “sweeten the pot” for winning team’s contractors and schools.

At every event, IDEAL will award a prize pack to the Professional and Student/Apprentice who completes the challenge board in the fastest time. Their scores will also be recorded and uploaded to The Nationals database for the chance to qualify for the Championship Weekend.

Additionally, each week, IDEAL will hold a random draw to win the “tool of the week”. Every time a person checks-in to one of the qualifying round events, they will be automatically entered into the draw – regardless of whether or not they won their event.

The 2019 IDEAL National Championship is on now! If you’d like to get involved as a competitor, visit IDEALNationals.com to register and find events in your area.